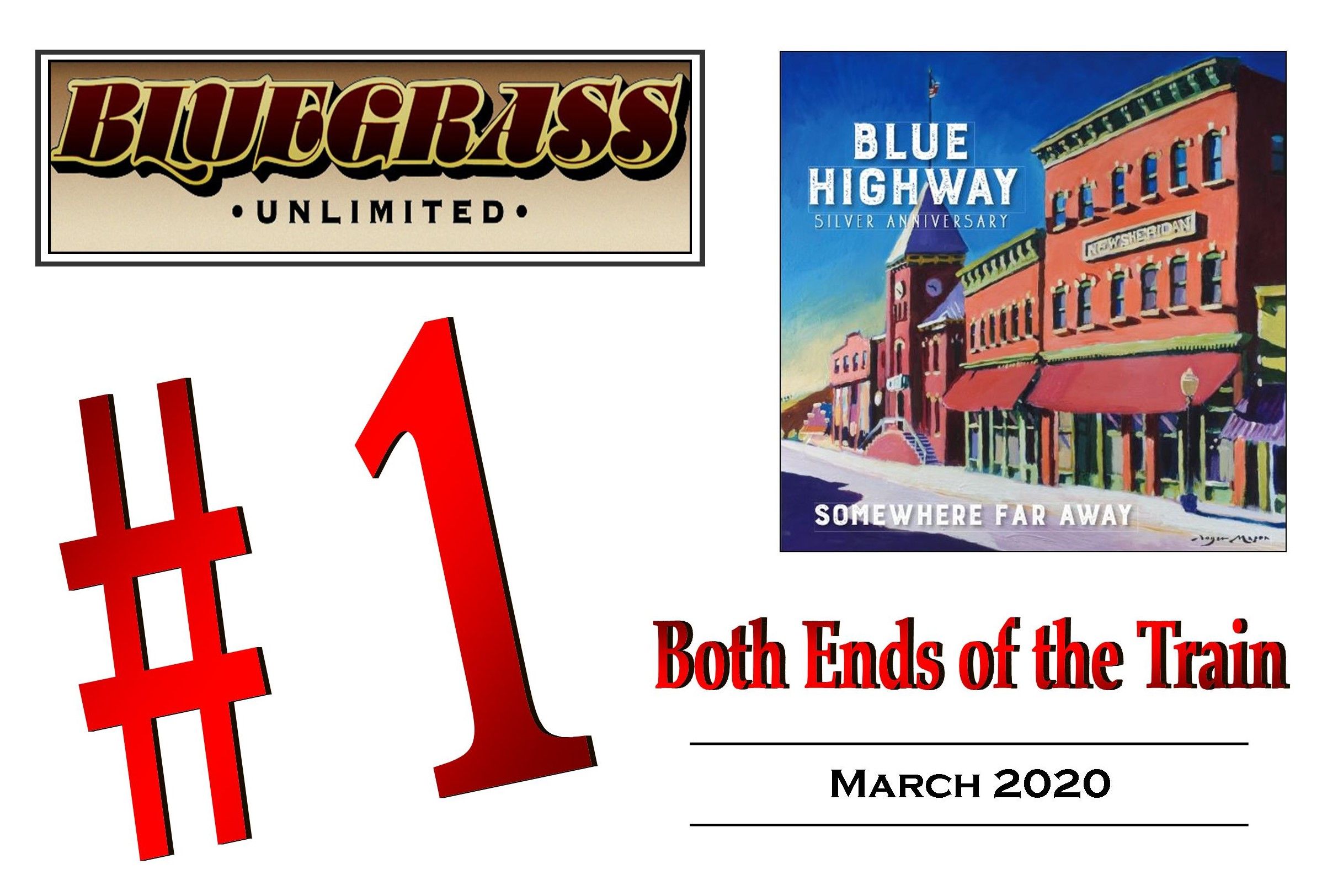 BRISTOL, VA (March 2, 2020) ~ Blue Highway's "Both Ends of the Train" from its highly acclaimed 25th Anniversary album has risen to the top of multiple national charts, including the most recent trip to #1 on the acclaimed Bluegrass Unlimited National Bluegrass Survey Chart for March 2020.

Penned by the award-winning band's co-founder Tim Stafford and good friend Steve Gulley, "Both Ends of the Train" is also #1 on the Roots Music Report (RMR) Traditional Bluegrass Song Chart for the week of March 1 ~ its sixth consecutive week at #1, and its eighth week overall in the top spot.

The Silver Anniversary album, Somewhere Far Away, hit #1 on the RMR Top 50 Traditional Bluegrass Album Chart for the week of February 1, when Blue Highway reigned with both the # 1 Album and #1 Song on the RMR Charts.

Currently the album is at # 2 for the second consecutive month on the Bluegrass Unlimited Top 15 Albums Chart.

Blue Highway's fan base is loyal and widespread, voting the band as the Favorite Bluegrass Artist of All Time in a Bluegrass Today poll in April 2016.  The band charted the Most Radio Airplay of Any Bluegrass Artist in 2014, while selling out half of their shows in 2015.

Wayne Taylor was inducted into the Virginia Country Music Hall of Fame in 2016 alongside legends like Patsy Cline and the Statler Brothers.

An enviable dream team of songwriters, vocalists, and instrumentalists, Blue Highway boasts four of its original five members, who are often heralded as musical heroes by loyal fans who grew up listening to original Blue Highway songs, now legendary, like Lonesome Pine, Sycamore Hollow, Some Day, The Game, and Through the Window of a Train.