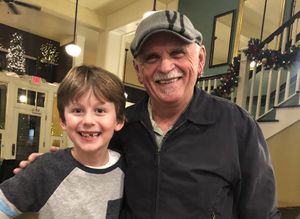 BRISTOL, VA (December 21, 2018)  -- Once upon a time in the Bluegrass-loving land of Southwest Virginia lived a little boy named Easton.  Easton loved the band Blue Highway, and wrote to Santa asking for a Blue Highway poster for Christmas.

Santa's elves were already out packing his sleigh, so Santa asked Easton's mom Jessica to message his buddies in Blue Highway.  All those cool cats hang together :)

Santa's elves and Blue Highway's tour manager got all excited with an idea to send Easton and his family to Bristol's magical Blackbird Bakery, and then send Wayne Taylor to walk in and surprise them by personally delivering the poster.

Wayne grinned from ear to ear, the boys in Blue Highway cheered, and Santa sat back to watch from the North Pole with a Live Stream set up by the elves. 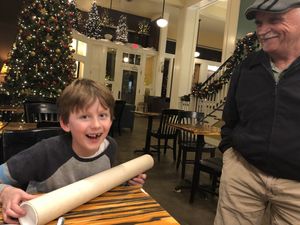 Easton's eyes grew wide with surprise, and his face lit up with a big grin, as he said, "I know!"

Wayne told him he heard Easton had asked Santa for something from Blue Highway.

Wayne then handed Easton the poster tube, which he'd generously filled with not one, but three rare vintage Blue Highway posters.  .

Easton's smiles were contagious, as his mom Jessica, dad Brett, and little sister Averie all excitedly watched as Easton pulled out his posters, and Wayne Taylor pulled up a chair for a visit. 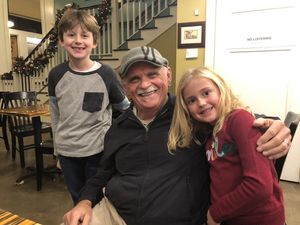 Wayne learned that Easton loves to sing, and even organized a bluegrass festival in his family's living room to entertain his grandparents on Thanksgiving.  Easton shared that his favorite song is Some Day, while his little sister chimed in that her favorite is Lonesome Pine.

"This has absolutely made my holiday season," said Wayne Taylor. "So glad I was able to do it. Easton has a beautiful family, and the expression on his face was priceless. It made it worth it all."

"It was absolutely perfect," said Easton's mom Jessica. "Easton said it was a dream come true!  He told his Nana and Papaw on the phone that it was the best day of his life! Our little girl was so excited, too, and she's still talking about it!  Thanks to Wayne for making Easton's Christmas wish come true, and for giving him an unforgettable evening!"

Good hearts abound in the Bluegrass world, and Wayne Taylor's is among the best.

Merry Christmas to all, and to all a good night from a land where dreams really do come true! 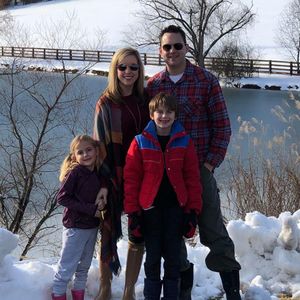