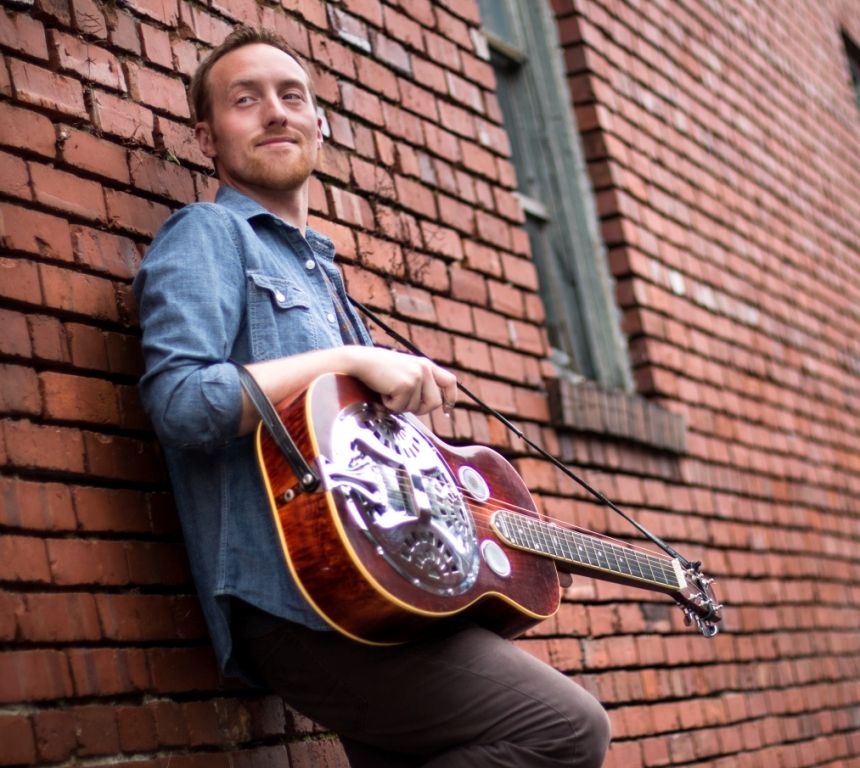 Moses will step up to the plate at Dobro, replacing departing Gaven Largent, who married his sweetheart over the weekend and will embark on new musical trails, including opening his own woodworking and resophonic guitar crafting shop in Virginia.

"Justin Moses is arguably the most versatile and talented bluegrass musician working in the business today," said Blue Highway co-founder and GRAMMY winner Tim Stafford. "He can sing all parts, and is an accomplished instrumentalist on mandolin, guitar, banjo, fiddle, and bass, as well as Dobro."

Justin has toured with bands like Blue Moon Rising, NewFound Road, Band of Ruhks, The Dan Tyminski Band, and Ricky Skaggs & Kentucky Thunder.  He has appeared on prominent television shows such as The Today Show, Conan, The Marty Stuart Show, and The Grand Ole Opry.

"I've had the good fortune to play with many of my heroes in the music business, but I'm truly beyond excited to have the opportunity to play with Blue Highway," said Justin Moses. "Blue Highway has been a favorite of mine since the first time I heard them play!"

The enthusiasm is shared among the members of Blue Highway, who can't wait to begin touring with Moses.

"Justin is an absolute beast on any instrument you put in his hands!" said Jason Burleson, Blue Highway's force on the five. "He's also a great singer, and a really nice guy. I'm really looking forward to working with him!"

"Justin is the dream band member:  great guy, super talented on every instrument and vocal part, and dedicated," said Tim Stafford.  "To say we're stoked to have him in the band is an understatement!"

"Justin is one of the most talented musicians in the music biz today," said Shawn Lane.  "I’ve played music with him before, and enjoyed every second of it! I really look forward to making more music with him."

Shawn Lane and Justin Moses recently appeared together in Dan Tyminski's band on CBS-TV on The Late Show in support of Tyminski's new album "Southern Gothic."

The new team of Stafford, Taylor, Lane, Burleson, and Moses will debut on Saturday, June 2, at the iconic Dollywood in Pigeon Forge.  Blue Highway will play three shows at Dollywood's Celebrity Theater at 12:30, 2:30, and 4:30 pm.

The band is revving up for their new team's debut --  five celebrated musicians coming together for an explosive Summer of touring, and the creation of a new Blue Highway album in studio.

Blue Highway albums have rocked charts and stood the test of time, from their debut release "It's a Long, Long Road" rising to earn IBMA Album of the Year honors in 1996, to their latest release "Original Traditional" on Rounder Records earning a 2017 GRAMMY Nomination.

From the stage to the studio, Blue Highway's engines are stoked and ready to entertain loyal excited fans.

"I've been a fan of Justin's for a long time, so getting to work side by side with him will be very exciting," said Hall of Famer Wayne Taylor.  "Looking forward to what the future holds!"

"Having been around Blue Highway at events over the years, I've seen what great guys Shawn, Tim, Wayne, and Jason are," said Moses.  "I'm really looking forward to getting started!"