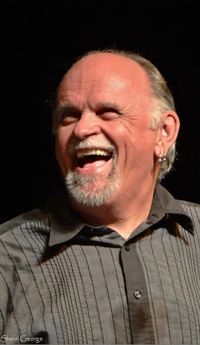 Wayne is proverbially chomping at the bit to perform with the powerhouse band he co-founded for his first show after an almost three-month hiatus following successful quadruple bypass heart surgery.  The beloved vocalist and bass player for multi-award winning Blue Highway has been working hard in post-surgery physical therapy, and has just been cleared by doctors to return to full-time touring.

“I couldn't be happier to get back on the road with the band and see all the fans,” said Taylor.  “I could never thank everyone enough for their kind words and support while I was recovering, and I'm excited to see everyone back out on the road!  Let me tell you, Saturday in Elkins can't come fast enough for me!"

West Virginia Public Broadcasting's Mountain Stage with Larry Groce and NPR Music present Saturday’s performance at the Harper-McNeeley Auditorium at Myles Center for the Arts at Davis & Elkins College in Elkins, WV, as part of the Augusta Heritage Festival.

Blue Highway, Flatt Lonesome, Dori Freeman, Rhiannon Giddens of the Carolina Chocolate Drops, and the Davis & Elkins Appalachian Ensemble will appear on the Mountain Stage program on Saturday, August 13, as part of its 33rd season.

"Wayne Taylor is one of the best singers in all of bluegrass, and we’re thrilled to be part of his return," said Mountain Stage Web Producer Josh Saul.

The Mountain Stage performance recording on Saturday is tentatively scheduled for release to over 170 NPR stations in early October 2016.

Show time in Elkins on Saturday, August 13, is 7:30 pm, with doors opening at 6:30 pm.  Tickets may be purchased by phone at 304-637-1255, or online with links on various websites including Augusta Heritage Festival, Mountain Stage, and Blue Highway.